NEET’S LAB training course took place in Thessaloniki, Greece, from the 22nd of February 2019 to the 1st of March 2019.

The principal aim of this training course consisted in giving socio-educational entertainers and organizations tools and non-formal ways to work with NEET (young people excluded from educational paths and without an occupation) at different levels and branches.

During the 8-days course Gabriele, Edoardo and Matteo, three boys from Cinisello Balsamo, lived together with other guys from Bulgaria, Romania, Slovakia, Croatia, Cyprus and Spain in a hostel located in the centre of Thessaloniki. 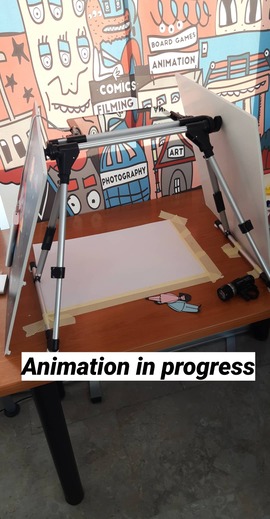 Participants had the chance to choose which of the three different laboratories take part in:

This was an incredible experience for the guys because it allowed them to acquire tools for strengthening their professional, entrepreneurial and transversal skills.

Here are the experiences; we hope they will inspire you and encourage you to take part in projects like this.

Gabriele: “my week in Thessaloniki was amazing. I decided to participate in this project to try new experiences and put myself out there facing a new culture and new guys coming from different Countries. I start saying that before the departure I didn’t know anybody, even my Italian mates Matteo and Edoardo, but we got to know each other during the queue for the check in. In Greece we had to separate in three different groups according to the course we wanted to follow. My new friends preferred Animation, while I chose the Photovoice course held by the Greek director Asterios Gousios. Our aim was to communicate our thought through a photo and a text of our own invention. Immediately Asterios presented himself as a very friendly and funny person and it was simple to learn the fundamentals of this discipline. By the end of the week I surely knew how to take a photo in a professional way, but above all I became friend with a twentyish guys that didn’t spoke my language. Even though I am not very good at it, I talked in English with most people, while with Spanish guys we always spoke in Spanish and with a Greek girl in French. My purpose was to speak in my three languages and I amazingly made it!” 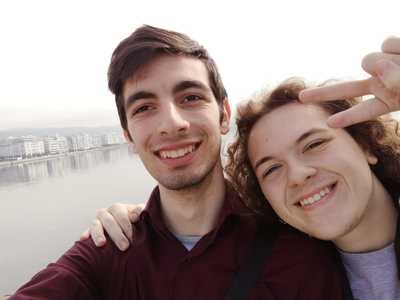 Edoardo: “I decided to leave because I was curious to try something new and because the laboratories we were supposed to have seemed interesting, moreover I like travelling, meeting new people and possibly speaking languages different from Italian because other ways I probably forget them. Besides, it was my first Erasmus+ project, that means I didn’t know what to expect. The training was especially centred on the NEETs’ world and then there were three different laboratories among which we could choose and we had to carry them on during the week. Specifically, they were storytelling, photovoice and stopmotion animation. I chose the last one, that is also one of the reasons that encouraged me to leave, particularly because it seemed nice and it intrigued me. During the laboratory we initially made some basic exercises to learn how to move and animate characters and then, in groups we made short video clips related to the world of NEETs. At the end of this experience I can say I have learnt better how to behave in group works because, in addition to not knowing each other, that alone is a great obstacle, there were also obvious linguistic barriers in the end, who does not speak Bulgarian fluently among us. Anyway, I must say that I am really satisfied with my experience and with all the knowledges I came home with. I suggest to those who have the opportunity to absolutely try a similar experience.”

Matteo: “last week I went to Thessaloniki, Greece, for a course on Neets. We stayed in a hostel and we had an entire floor for us. The project was divided in three laboratories in which we could take part, among these I decided to choose the one about 2D animation. During the classes, the teacher showed us the different kinds of stopmotion animation that we could develop during the week. After various practical explanations and some exercises, we were ready to film our project. My team and I decided to make a presentation video on Neets cutting outlines and placing them on a white background, the whole with a narrator and a copyright-free tune in the background. After two hours of hard work my team and I obtained a masterpiece. Or at least that’s what it seemed to us, beginners in this profession. Seeing a one-week job concluded with your European friends’ group has no price. The courses that belong to Erasmus+ project are capable of uniting people with different languages and customs under the same roof in order to help each other improve their capabilities. That’s the great thing about the European Union. I absolutely suggest everyone to take part in, at least, one of these study trips, because they really bring out the best in people. And then, they are for free. Yeah, for free. You have no excuses for not going."