CONFERENCE ON YOUTH PARTICIPATION AND PROTAGONISM: OUR INTERVENTION ALSO IN MILAN

Last June 12th, an important conference on Youth Work - socioeducational animation - took place in Milan, at Palazzo delle Stelline. We were protagonists as Eurodesk Center and as members of the European Intercity Youth Network. The day was organized with our support and the support of the Representation of the European Commission in Milan and the coordination of Informagiovani of Anci Lombardia. The occasion was born as a celebration of the first "birthday" of the quarterly magazine on youth policies "Dodo", published by the national coordination Eurodesk Italy, which now has over 1,200 online subscriptions, mostly from small and medium local authorities and youth organizations. The program included several interventions on the state of the art of Youth Work, with the aim of being able to provide local authorities with tools to develop and/or strengthen their skills and actions in the field of youth policies from a European perspective. Active participants included the Regional Councillor for Youth Martina Cambiaghi, Virginio Brivio president of Anci Lombardia and the director of the Youth Area of the Municipality of Milan Fabrizio Chirico. All with the moderation of the President of Eurodesk Italy, Ramon Magi. 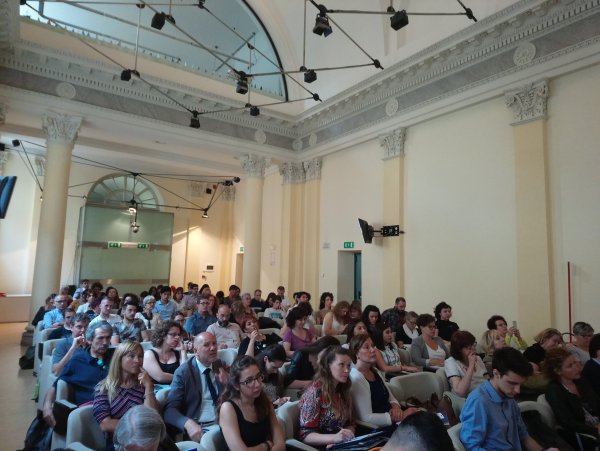 In a Pirelli Hall crowded with youth workers and local politicians in the youth area, we had the opportunity to confer via videocall with Strasbourg with Mara Georgescu, senior project officer of the Partnership between the European Commission and the Council of Europe in the youth sector, who took stock of the situation on the European reference framework on Youth Work. Afterwards we had the opportunity to listen to the ANG project officer Maria Elisa Marzotti, who told us about a project in which we, from the Municipality of Cinisello Balsamo, are also involved, that is the European Youth Work Charter, a document whose drafting involves delegations from all over the Union and which aims to collect common guidelines on the role of youth workers in local communities and on the planning of a quality and functional youth work. The intervention of Massimo Capano, our youth policy manager, was based on quality indicators. On this theme we presented and distributed a 30-page booklet created within the IntercityYouth network, with which we have been carrying out activities for years aimed at defining quality standards for youth work.

Afterwards, the Mayor of Sarezzo, Diego Toscani, spoke about the structured dialogue project “Idee in Comune”, which we too have embraced and put into practice in some schools in our area. The activity, aimed at bringing young people closer to politics and local government, has had great success and a high level of appreciation among children, and we aim to repeat it in future years.

At the end of the conference, from Brussels, Alessandro Senesi, head of unit at the European Commission in the field of youth and Erasmus+ program. He spoke, in video connection, about the theme of youth in the European financial programming 2021-2027.