The second working group in Bordeaux The second CoYOUTHworking working group met in Bordeaux, France, from February 17th to 20th, 2020. The two initial working groups were aimed in particular at the creation of the first output of the project: a booklet containing guidelines useful to those who manage or work for a coworking space, a strategic organizational model to make spaces inclusive for young people, supporting them in the development of their business projects and giving them a central role in the processes of involvement of the city community in the activities.

Two months after the first meeting in Amsterdam, youth workers representing the partner organizations had the opportunity to discuss and analyze the results of the surveys carried out at local level. After agreeing on which indicators could help to evaluate good practices in the involvement of young people in coworking, in fact, the members of the working group built data collection tools (grids and questionnaires) to verify that these standards actually corresponded to the expectations and needs of young people. Between December 2019 and February 2020, therefore, a survey was disseminated in the territories of Porto and Viseu, Amsterdam, Bordeaux, Zagreb, Cinisello Balsamo and Monza. This survey collected a total of 208 responses from citizens mostly between the ages of 18 and 25 (52%) and 26 and 35 (45%), while people 36 and older were 4% represented. The survey revealed, for example, a strong need on the part of young people for moments of training and in-depth study, as well as the widespread use of Linkedin to search for the services they need, and a broad interest in themes linked to the circular economy and business.

A second data collection tool took the form of a questionnaire directed to managers and community managers of coworking spaces, to verify the presence or absence of services and approaches that can facilitate the interest and inclusion of young people. 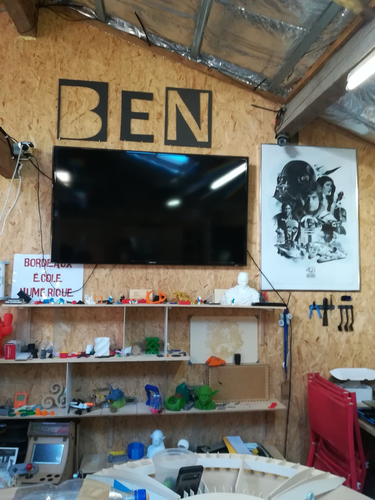 All the results, systematized thanks to the scientific support of the Politecnico di Milano - Department of Design’s professors, will be included in the final booklet.

There was also no lack of study visits to shared work spaces in the city of Bordeaux. The organizations have thus had the opportunity to know the FabLab "BEN", in which adults, young people and children can learn to use technology in an active way, understanding the mechanisms and making it a tool available to their imagination. Afterwards, Co-Actions staff accompanied the partners to visit Zàp - La zone à partager de Bègles, which instead acts as an incubator for social entrepreneurship projects and which, within its spaces, provides premises, printers, projectors, mini-studios, exhibition equipment, training and entertainment programs. Finally, Sew&Laine, which includes a shared lab with textile printers, cutting plotters, and a semi-industrial digital embroidery machine, as well as a coworking space dedicated specifically to craft and creative production. The next steps of the project, now that the scaffolding of the strategic model has been set, will consist in the improvement and translation of the booklet and in the definition of the second output of CoYOUTHworking: a competence model (inspired by ETS - A competence model for youth worker to work internationally) useful to those who work or manage coworking spaces and interested in including young people in them.