The second Work Group in šibenik 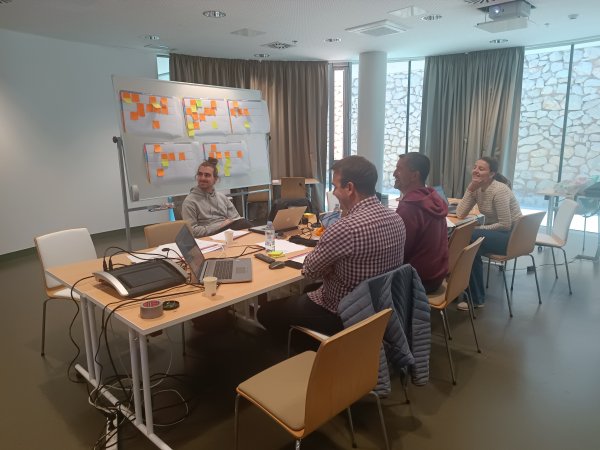 "Cityful" is a project co-funded by the European Commission and aims to support and create new opportunities for European NEETs and drop-outs (young people who have dropped out of school) through the empowerment and training of youth workers, the strengthening of the Third Sector and an interactive digital game to be created by the partnership.Within the "Cityful” project, the second work group took place from 08 to 09 November 2022 in Šibenik, Croatia, hosted by the partner organization Trokut Sibenik (Croatia) in which the employees of the Municipality of Cinisello Balsamo actively participated.

TROKUT is an incubator for entrepreneurship and new technologies. The supermodern coworking and entrepreneurship space is intended primarily for startups, freelancers and digital nomads in the IT sector, as well as for education of all ages in the field of IT. It is spread over two floors with a total area of 2,084 square meters and is modernly equipped. In the center itself, there is coworking space, flexible office space, Fab labs, meeting rooms, a classroom, interview booths and more. Various events are held here, but most importantly a business incubation program (called Academy), which is repeated every year. Together with the other partner organizations; Nordic European Mobility (Sweden), Parallel Routes (Italy), Co-actions (France),we discussed during the two days, the definition of the virtual game" Cityful", of which the first Beta version will be released in March 2023. The organizations worked with different methods such as RolePlay, Canvas models and Figma. The next meeting will take place in January in Milan.