CINISELLO GOES TO EUROPEAN PARLIAMENT: OUR DAYS AT THE EYE 2018

Our Municipality had the opportunity to participate in the third edition of European Youth Event 2018. On June 1st and 2nd, the headquarters of the European Parliament in Strasbourg were invaded by more than 8,000 young people (record attendance) from all over Europe, who had the opportunity to confront each other, debate, make proposals in more than 700 events inside and outside the imposing parliamentary structure.

The staff of "Pagine Giovani" joined the young people of the "Forum Giovani" of the municipality of Sarezzo (BS) and together with them presented a role-playing game - Youropeans - based on the theme of integration in the Union, in the area immediately in front of the Hemycicle (the parliamentary classroom). Many and satisfied were the participants in the game, which ended with the victory of the characters in favour of a supportive and inclusive Europe. 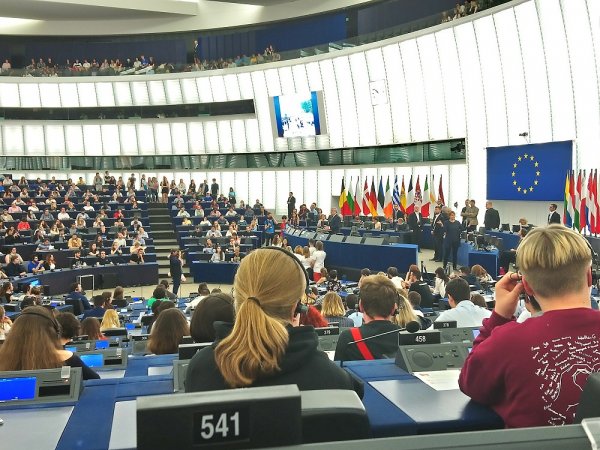 But during these days there was the opportunity to do many other things. The activities on the calendar included conferences, seminars, workshops, artistic performances. There were so many emotions, above all at the entrance of the imposing Hemycicle, the house of European democracy. Our youngsters followed the opening ceremony and the first debate with President Antonio Tajani, who answered the many questions coming from the crowded hall. In the same room there were important debates on the future of Europe, on what could be improved, on future actions that have to be taken and on what already exists and works, and for seventy years has guaranteed peace and solidarity to our Union among its citizens. Among the most heartfelt topics in the President’s answers was the Cambridge Analytica scandal, not an insignificant threat to democracy and on which the Parliament considered it necessary to intervene promptly; but also the importance of next year’s European elections, the Erasmus program that will be further improved and financed, racial and sexual hatred and discrimination that has to be fought with all means, but also the freedoms of the digital revolution that have to be safeguarded, in the name of a virtuous use of the media. 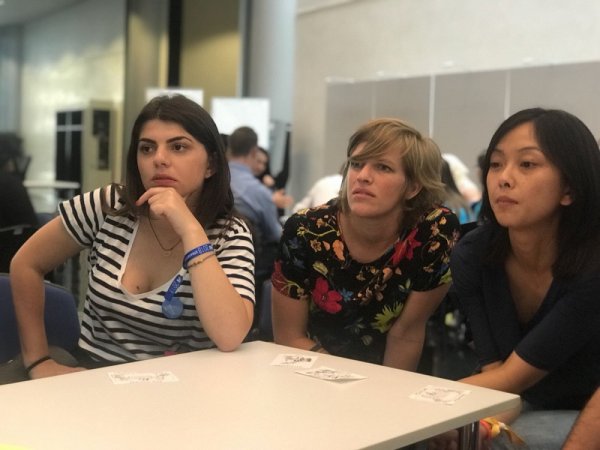 Meanwhile, outside, all the committee rooms and corridors were transformed into spaces for discussion between young people, politicians and moderators, when not into musical stages. In the areas adjacent to the palace, instead, the "YO Fest!" went crazy, which withstood the heavy night rain that occurred between the two days and offered music and dancing until late at night.

During the event different methods of public debate were experimented: one of the most interesting was certainly the fishbowl with the German MEP Terry Reintke. This dialogic method allowed a continuous and fruitful interaction between the moderators and the audience, which could intervene both voluntarily within the smaller circle, and with questions through the hashtag #yvote on the Sli.Do platform. On other occasions, instead, the debate essentially followed the pure parliamentary model, particularly in the sessions at the Hemycicle, during which the moderator noted the various requests coming from the young people sitting at the polling stations. An example of this was the conference "Europe’s fight against terror: die another day", from which the best proposals will be presented, together with those coming from other activities, in the autumn of this year to the European Commission.

The next EYE is scheduled for 2020, and we are already thinking about new proposals to bring to the Parliament! 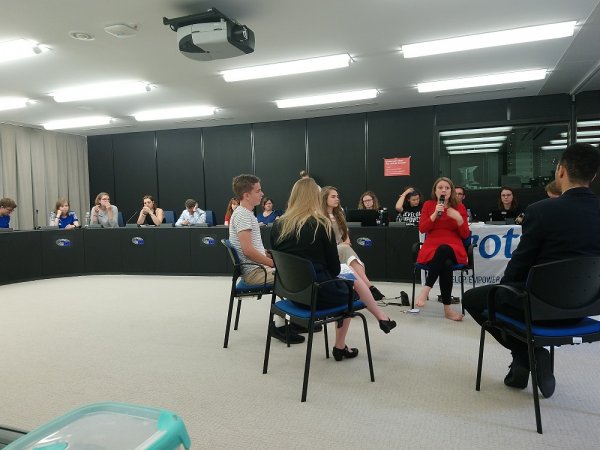 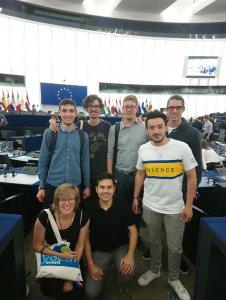 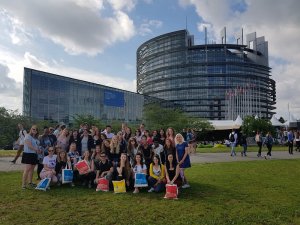 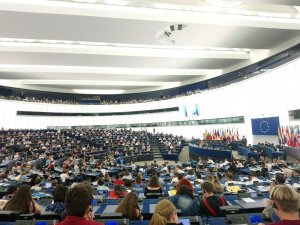 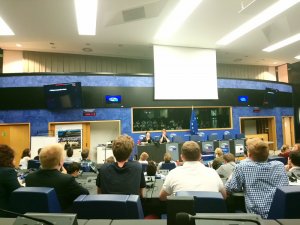