“IDEE IN COMUNE” THE YOUNG OF CARTESIO MEET THEIR LOCAL ADMINISTRATORS

The first part of the project Idee in Comune ended. It involved the guys of 4^A of Cartesio High School and in the next months the project will see as participants other students from the schools of our territory. The project aims to move closer politics and young people through a direct involvement of both parts, that had the occasion to meet each other in various moments. As already told (read the article) for the first meeting, the class was spread according to residential municipalities, in order to draw near the request of their daily habits.

The administration of our Municipality, represented by the assessors Duca and Bartolomeo, met the youngsters of Cinisello on Saturday 7th April at Pertini, they discussed the proposals that the guys made. The youngsters focused on the widespread theme of hospitality by asylum seekers, the Assessors showed them what the administration made, specifying that we had a low number of demands in comparison with other realities. This surprised the students, that had a worse perception of the phenomenon, maybe because in the past years it has been exaggerated by the social mood. More in general, the theme of political participation was treated, the administrators were very thankful and satisfied with the youngsters in this occasion, that represents a moment of effective approach and an example of what youth participation should constantly represent for an administration. 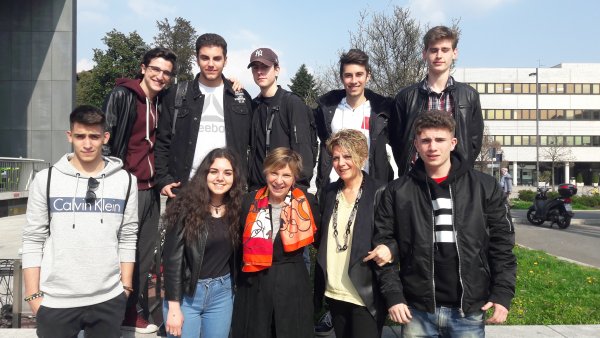 On Friday 20th April, the youngsters of Sesto San Giovanni did the same path. The project leader took them to Sala Giunta of the Municipality, where there was the Assessor of Youth Education and Social Policies, Roberta Pizzocchera. Here the students presented their proposals for a more inclusive, livable and participatory city. From places where they can relax or have fun to the environment, and they also mentioned security and services: all the themes found a place in the posters that the guys showed the Assessor, who was very satisfied with the proposals, and she also explained the possibility to implement them in a political and administrative way. The meeting was useful also to program other occasions of discussion between administration and the youngsters from the territory. In the next months they will enjoy new days of “Idee in Comune” as the students from 3^A from Foreign Language High School “Erasmo da Rotterdam”. 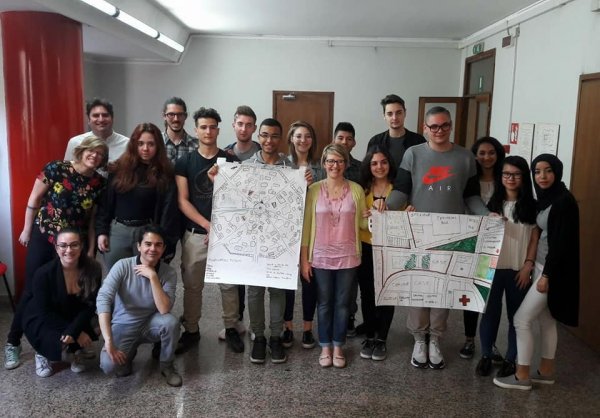