Some of the project’s objectives were: creating a network of cities, increasing the involvement of young people in European active citizenship activities in the different countries of the partnership, strengthening the concept of European citizenship and the perception of the European Union, and finally the creation of a policy paper presented in Brussels.

Thanks to Agorà, young people from the area were able to be part of the training experiences in the different mobility opportunities scheduled in the project: after the initial ceremony in Athienou (Cyprus) in September 2021, the project took place in Smolyan (Bulgaria) in October 2021, in Cinisello Balsamo (Italy) in March 2022, in Athens (Greece) in May 2022, in Brussels (Belgium) in July 2022, and concluded again in Cyprus.

This final meeting in Athienou was also attended by a total of about 40 young people, from the five European project partner countries.

This type of European project allows participants not only to discuss with people of the same age on issues related to active citizenship, but also to overcome language barriers and create lasting relationships.

It was also an opportunity to strengthen the bond between partners and think together about future projects.

Below you will read some stories written by the people from Cinisello Balsamo who represented the Municipality in the project’s mobilities.

"I had the privilege of participating in the Agora project exchanges in Smolyan in Bulgaria, Cinisello Balsamo, Athens in Greece, and Athienou in Cyprus. Seeing how these four realities are so different but at the same time so similar to each other makes one reflect on the importance of an entity such as the European Union, which allows for the creation of unbreakable bonds between countries and cultures and for us to easily discover what lies behind a border and our comfort zone. I am particularly proud of the relationship that has formed between some of us participants […] and we look forward to a new opportunity to see each other again. I advise everyone to go on one of these projects, no matter the destination. Each exchange is an experience I will always remember."

"Starting this new experience opened my mind about so many social dynamics at the multicultural level. In fact, it was the first time I had the opportunity to get to know more people of different nationalities within a dynamic context, where everyone wanted to show an all-round desire to grow and learn about every particularity of the different cultures that were alongside us during this experience […]. I particularly appreciated the freedom they left to each of us to express our opinions in a fair and democratic way, without distinction. I believe that this is the most important goal that each of us should set for ourselves throughout our lives, not only in the world of politics but also in our everyday relationships […]. In Cyprus we listened to the anthem of each country involved in the project, and it was a moment when I felt in the face of each of us excitement and joy in being part of a great community: the European Union. I will definitely always carry this experience in my heart, because I came out of it with a richer and more aware soul from every point of view."

"I was lucky enough to attend the final Agora meeting in Cyprus. This was my second European project mobility and I can only feel satisfied and enriched by the experience. It was the first time I met so many people from so many countries other than my own, and getting out of my comfort zone allowed me to put myself out there to get to know and know each other better. The best moment was the signing of the document of the town twinning between the cities involved in the project. It was an important, solemn, almost emotional moment, and I was thrilled that during the anthem, in the eyes of each of the people I looked at, I caught a glimpse of joy, a sense of belonging, excitement and pride in being part of their own nation. A beautiful atmosphere was created with participants from other countries as well, and a strong bond was born that I will definitely try to maintain once the project is over. I will forever keep wonderful memories of this exchange, because these are unforgettable experiences and will be difficult to forget. Efharistò Cyprus!” 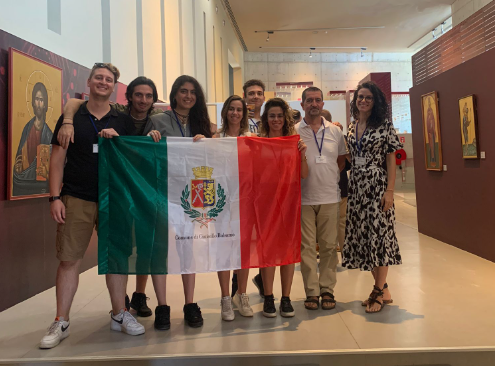 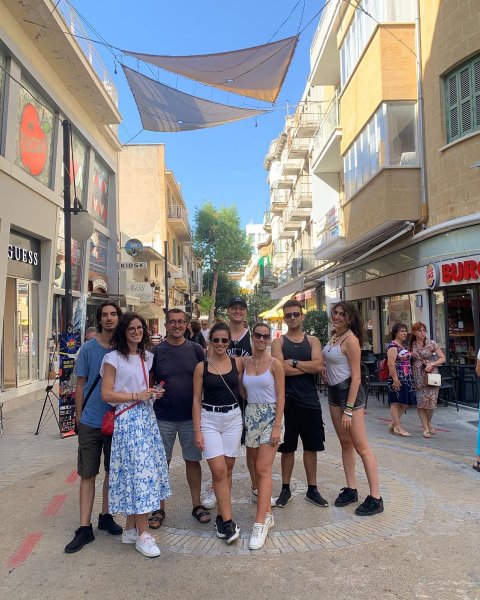