On May 5th and 6th the last days of activities with the young participants of the Agora project were held in Athens.

Athens lies on a plain in the middle of Attica and forms a single conurbation with Piraeus and the municipalities of the prefecture of the same name. More than 4,000,000 people live in the Athens-Piraeus conurbation, which is roughly 35 percent of the inhabitants of Greece (11,216,708 according to the 2008 census).

The city extends from the slopes of Mount Parnete, where the so-called northern suburbs are located, the most famous of which are Kifisià and Marousi, to the coast, where the port of Piraeus and the southern suburbs such as Glyfada and Palaio Faliro are located.

Athens has an arid Mediterranean climate (Köppen: Csa), with hot, dry and sunny summers, mild winters and low rainfall concentrated in the latter season. It is one of the cities in Europe with the highest number of sunny days per year, since there are an average of 179 days during which the sun is not covered by clouds even for a moment, and another 157 during which the sun is covered by clouds only for half an hour. 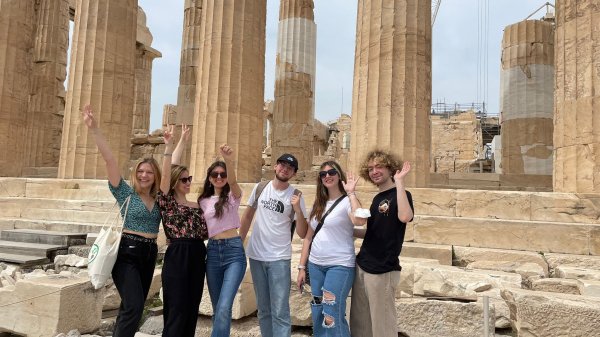