On 25 and 26 November 2021, the event "Shake Up Your City - National meeting of youth social innovation projects" was held in Matera. The meeting was organized by ANCI and the Presidency of the Council of Ministers in collaboration with the municipalities of Matera and Cinisello Balsamo. The event was attended by the 16 municipalities that presented an administrative twinning project in the field of ANCI "Synergies". The Municipality of Cinisello Balsamo participated in the event presenting the outputs of the project "HubOut. Public spaces of shared work", in twinning with the city of Matera. The event was attended by the Councillor for Youth policies, Culture and Sport Daniela Maggi, who accompanied a delegation of staff who managed the project.

The event allowed the comparison between municipalities, local partners and beneficiaries of youth social innovation projects, giving the opportunity to partnerships to confront each other and give visibility to their activities. The main actors of the projects, which in different ways have organized and implemented the different project activities, have discussed five topics: project management, the innovativeness and impacts of the projects, the sustainability and continuity of the projects, the involvement of young people in projects, the topics of future programmes. The discussion tables were organized to allow participants (councillors, municipality technicians, other coordinators of the partnerships and young beneficiaries) to discuss and exchange the impact of the projects on their own territories. 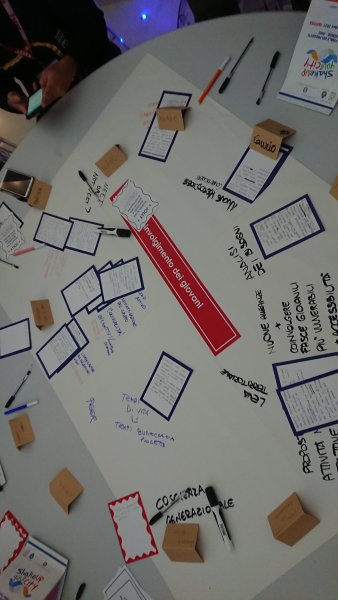 The meeting gave the opportunity to analyze the strengths and weaknesses found in the implementation of the projects, such as the elements of innovation and unexpected outcomes. All the critical issues and suggestions gathered during the event will be put into a dossier, whose valuable informations will permit ANCI and the Presidency of the Council of Ministers to develop and improve guidelines and content for the launch of new actions on the National Fund for Youth Policies. 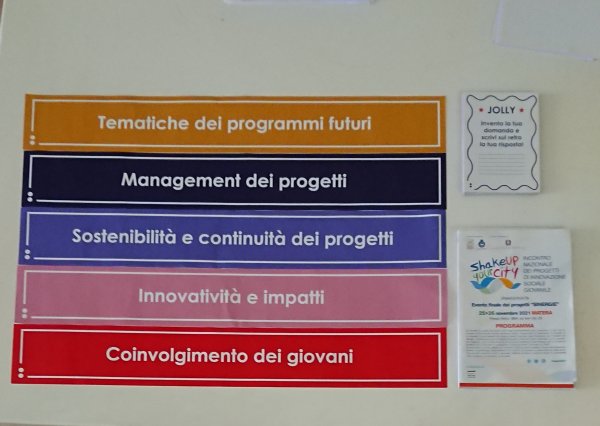 The works were facilitated by the professionals from the cultural association Meraki - cultural desires, which in Cinisello Balsamo managed the participatory processes of the HubOut project.