“MUSEO FACILE DA LEGGERE”: THE COLLABORATION BETWEEN EURODESK AND ARCIPELAGO BECOMES A PROJECT 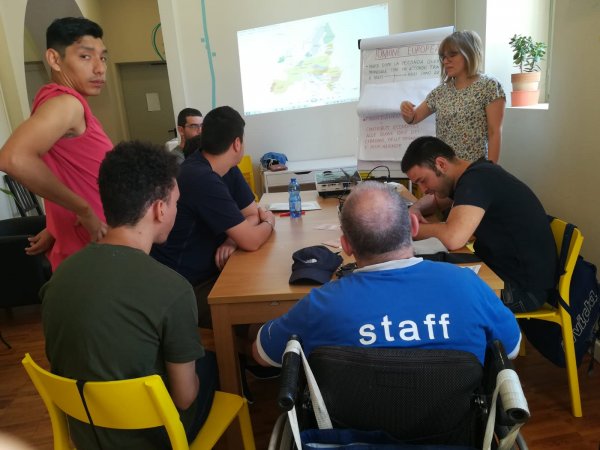 The European Solidarity Corps represents an opportunity for all young people under 30 who want to implement innovative initiatives on their territory that promote inclusion and help the most vulnerable people. This is the European Union Program that, since 2018, funds volunteer projects that know how to respond in a more creative way to social challenges, and that contribute to build a community made of shared responsibilities and mutual commitment. Through several meetings and informative moments, our Eurodesk Center has been working for about a year in the promotion of this Program, making itself available to support the planning activities of groups and associations interested in submitting a project proposal, but who do not have experience in European calls.

The first to take up the challenge were the young people and the educators of the Arcipelago Cooperative – ANFASS, who included the theme of volunteering and active citizenship of people with disabilities within a broader reflection on independence and the right of every person to be the protagonist of their own life path: a goal around which L-inc revolves, the project funded by the Cariplo Foundation that ANFFAS Lombardy is developing with several partners in the area, also supported by the City of Cinisello Balsamo.

The Eurodesk staff has thus supported the young people with disabilities and the educators involved in the L-inc project in the planning and drafting of their first European project, entitled “Museo facile da leggere”. The course began at the coworking space Cofò: we started with some useful activities to explain what the European Union is, how it works and how it affects our daily lives; we then moved on to the European funding programs and their objectives, ending with the concepts of "Solidarity" and "Active Citizenship". 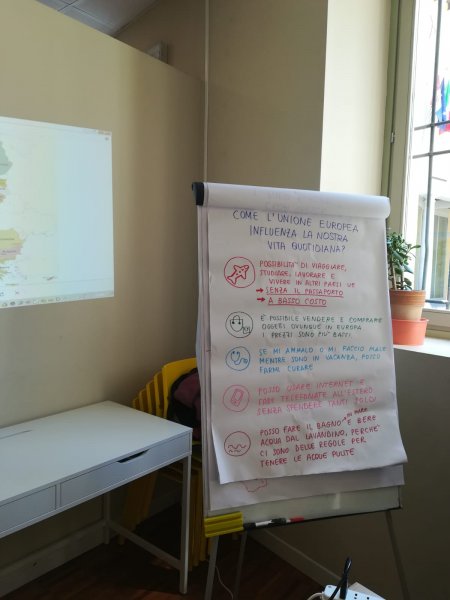 After this introduction, After this introduction, the students started to work on the project idea, starting from the analysis of a concrete need of theirs: that of accessibility to culture, not only on a physical and architectural level, but above all from a linguistic and cognitive point of view. In the debate within the group, in fact, it emerged that few museum guides know the "linguaggio facile da leggere e da capire" (the language that allows people with disabilities to understand complex concepts through words, sentences, examples, and a simpler structure of speech), and this makes it difficult for people with disabilities, foreigners or children to understand the works.

Step by step, with the support of Elisa from Eurodesk, the group reflected on all the elements that make up a project, from objectives to activities, from budget to management, from visibility to evaluation, up to answering all the questions on the form. The support of the Network of Historic Gardens ReGiS, which will collaborate with the project in case of approval by the Agenzia Nazionale per i Giovani, was also valuable. In fact, the garden of Villa Ghirlanda Silva will be the place of experimentation of the proposal, which will provide new guided tours in a easy language to read and to understand.

“Museo facile da leggere” has been presented in October at European Solidarity Corps, but only in December we will know if it will be financed from the European Commission. We cross our fingers for Gaia, Verdiana, Leo, Isabel, Tania, Teresa, Micol, Mirko and for the educators Lorena, Chiara and Monica, because they have dedicated a lot in their projecting path. At the same time, we underline that the presentation of the proposal represents a big result beyond the final evaluation. This is a real example of inclusion and it is the first European Solidarity Project presented by an association from Cinisello Balsamo. 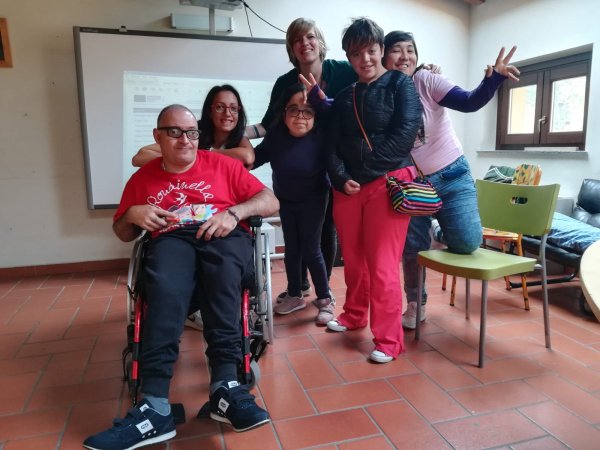