MOST MEMORABLE MOMENTS FOR THIS TIME WERE: I think that from the moment I arrived all the days were unforgettable, for better or for worse, because every day was a prelude to what would happen on the best or worst day. With such an intense experience, this leaves no room for insignificant days. Nevertheless, this will undoubtedly remain in my memory for a long time: the first day, when I went to the orphanage and first saw the children and the building. I had the impression that I was in a maze, chaotic and static at the same time. I clearly understood that I do not belong to the place, I was a stranger to the element; it was not clear to me how much I could be useful and what skills would be needed and required. A few days later, I was struck by the vitality of satisfaction and happiness. It was the day when I realized that the children started to recognise me, and they and the staff started to trust me. Then, one after another, the days in which I encountered difficulties that reminded me how much more I needed to study, as well as the importance and urgency of doing this as soon as possible, because “my” children needed this and I needed too. The proposed seminars in which I took part were of great importance for the development of knowledge in this area, as well as for the support of colleagues. 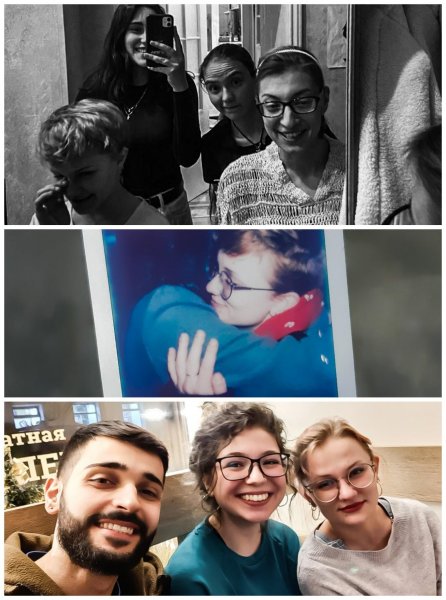 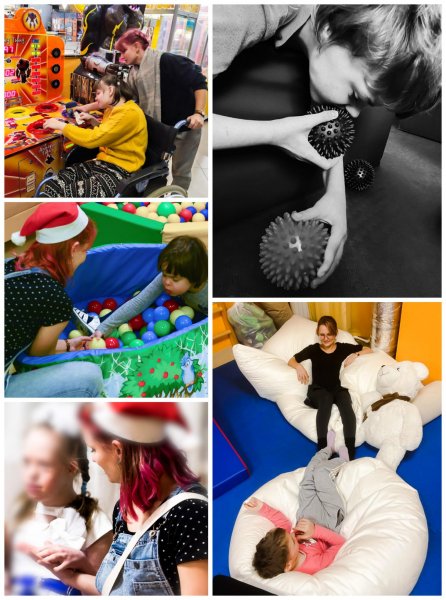 BEDSIDES WORK I: I visited the beautiful city of Saint Petersburg, its streets, parks, monuments, its countless bridges. I visited Moscow with a group of friends. We celebrated the New Year on Red Square, surrounded by I do not know how many thousands of people (Russians and foreigners). It was an unforgettable experience: fireworks, lights and Christmas decorations, mulled wine, aromas in the air, countdown and people’s enthusiasm. I also visited the cities of Yaroslavl, Suzdal, Vladimir, in a short tour of Moscow with another volunteer. In each of these cities we ate typical dishes and visited the most characteristic places. In November, in the Arrival Training in Nizhny Novgorod, we had the opportunity to meet with other foreign volunteers from all over Russian territory. It was very interesting to exchange experiences and learn about the various projects that are currently being implemented. From this meeting, a network of support and friendship has been created. Another important component of my days is the study of the Russian language through watching movies, TV series, reading and translating children’s stories and songs, daily conversations with colleagues and friends. 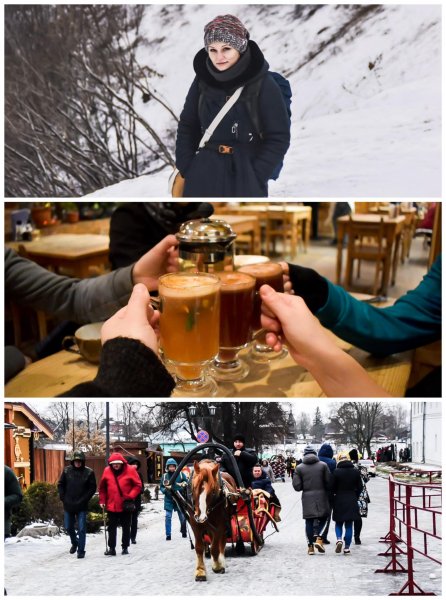 IN WORKING WITH KIDS I: Children are curious and charming creatures, they are able to adapt to any environment and circumstances in order to survive. However, sometimes they are considered too strong, other times, too weak. Assuming that every child, as well as every other person, is unique, having made careful observation, you can establish what the child needs, and this is even more relevant when it comes to disability. It is easy to think that if a person does not speak, he cannot express himself; if he does not walk, he cannot dream of running towards a goal; if he cannot move or control his body, he is unable to take pleasure in moving and being moved to the surrounding environment. And it is here that specialists and volunteers work together to expand opportunities, increase awareness in the community, identify and develop the potential of each individual child. All their efforts are aimed at making a Change, made up of small steps and conquests. Then it happens that N. begins to play with a bottle of water and again finds her lost thirst; learn to eat independently with minimal help; she makes it clear when she wants a facial massage during physiotherapy; dance as far as her body allow her the songs of the beloved “Imagine Dragons". D. plays with letters and numbers, distracted at all times by the curiosity to listen to the speeches of others, but this is already something. A. looks out from the invisible bubble of indifference to hug and sometimes establish fleeting eye contact, attracted by a new sensory game, made of different materials, colourful and that possibly emitting some sound (of bells, for example) created specifically for her. 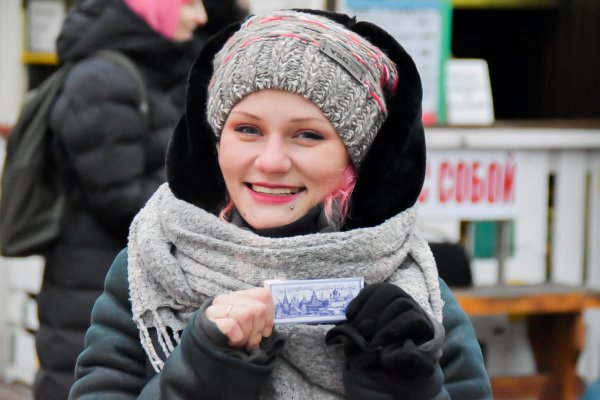 CULTURAL SHOCK FOR ME WAS: Find out that Russians don’t know what “fennel” is. :P Black days and white nights. The HUGE concentration of sugar in every food/drink that you buy in the shop. And said by a person who has more sugar than platelets in the blood, it means that it’s A LOT. "Hostile" attitude of public officials, don’t expect smiles and patience wherever you go. Now I have the impression that foreigners (including Italians) smile too much and abuse their facial expressions !! The look of old ladies, and not only, when they find out that at my age (27y.o.) I am not married, there are no children, and, even worse, I left Italy to volunteer in Russia. Verdict: insane hopeless. Perhaps they are right…?! Discover that people do not use the umbrella when it snows. This is not wet water! Rectification: they don’t use the umbrella at all; because when it’s raining, often it’s also blowing a strong wind, so yeah… NO UMBRELLA! 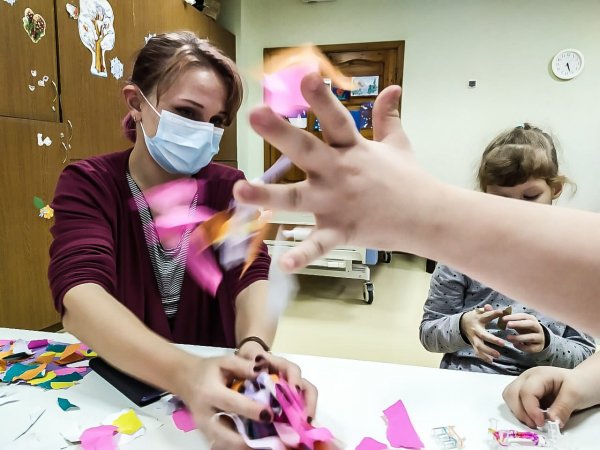 WEATHER IN SAN PETERSBURG IS: It is rainy. it is rainy. it is rainy. rainy … did i already say rainy? With an underwater thermal suit, rubber boots like the ones you use when “the cellar is flooded" and a miner’s helmet with built-in light, you can carefree survive the winter. Oh! Do not forget to provide studded shoes if you are not natural skaters, and in this case you will be lucky because you can do without public transport and, possibly, even faster! As for the summer, I still don’t know what advice to give, apart from starting to dig a dark cave that allows you to sleep during the night. 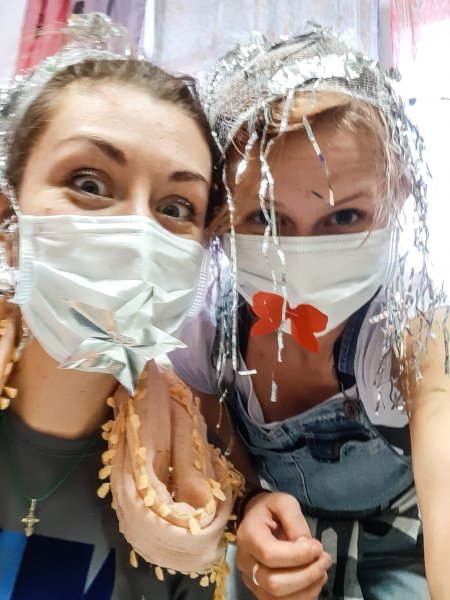 BIGGEST CHALLENGES WERE: The absence of long-term transport passes (for metro and train) forces you to replenish your cards weekly, and this brings you to communicate with a person who does not know English most of the time. The language barrier is fraught with great difficulties, and the attitude, often not very prone to sympathy and understanding of people with whom you come into contact in stores, offices, counters, can be frustrating. Thus, the main task of the first few months is not to lose patience; to strive in various ways so that communication has a happy ending, is clear, quick and painless; learn basic questions and answers in the foreign language and understand the correct time in pronouncing them. Another challenge was a wake-up call at 6 a.m., 7 a.m. out of the house and after two hours arrive at the workplace. Meals require another dose of adaptation, however small it may seem: thirty minutes to consume it, in a narrow table space and from a plastic container. For Italians, luch and dinner are two important moments of the day; it’s the time that they spend with the family (or friends), sharing the latest events in everyone’s life (school, work, problems, anecdotes). It goes without saying that it requires more than half an hour and a microwave. For what concerns the work in the orphanage, it was difficult to develop cooperative relationships with the staff, not only because of the language barrier that I mentioned above, but also because of the suspiciousness, mistrust and opposition that these people shown for the first few months. Position that I understood over time was determined by the nature of their work and by the fear of something outsider for their "normality", everyday life and understanding. 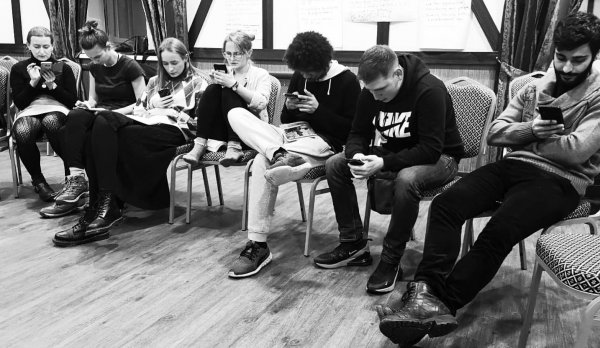 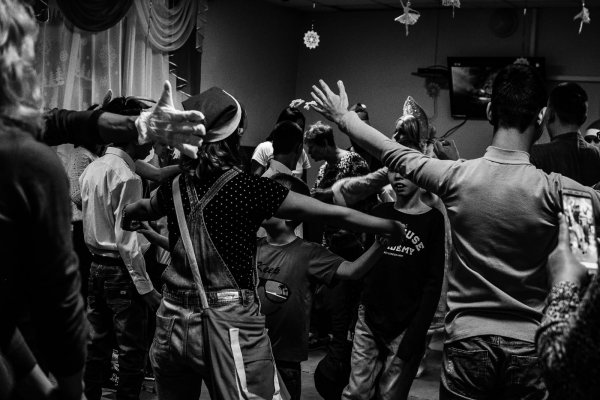